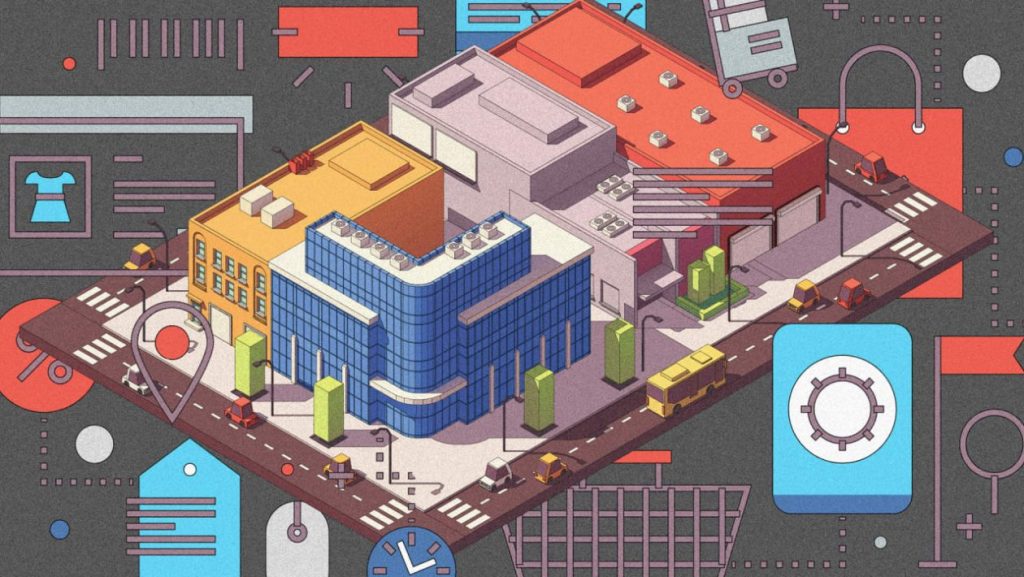 We now go to stores because we want to dip our toes back into the real world, not the virtual one. So stop throwing your robots, smart mirrors, and VR headsets at us.

Hey, retail executive. It’s very nice of you to suggest I speak with your robot, but no, I’ll pass. It looks like there is a fully functioning human standing in the corner of your shop. Would it really be too much trouble to speak with him instead?

I’ve just spent the morning yelling at my Amazon Echo, waking up my poor husband and baby with my cries of frustration. I was asking Alexa to play the news: I’m not sure why she keeps insisting on sending me a ’90s hit music station. I have no desire to listen to “Livin’ La Vida Loca” and “Thong Song” at 6 a.m. It’s humiliating enough having technical difficulties in the privacy of my own kitchen; I would rather avoid such experiences in public, too, thank you very much.

I’m not the only one who feels like this. In a report that comes as a surprise to absolutely no one but overeager retail execs, 95% of consumers don’t want to talk to a robot when they are shopping, neither online nor in brick-and-mortar stores. And 86% have no desire for other shiny new technologies either, like artificial intelligence and virtual reality. I, for one, don’t want to pop into a store to quickly pick up that alpaca sweater I saw online, only to have some sort of weird headset shoved in my face.

These are just some of the findings that emerged from a study by Oracle that surveyed 1,200 consumers and 400 retail executives across the United States, United Kingdom, and Australia. The overarching thrust of the research is that there is a massive disconnect between what the retail industry thinks consumers want, and what we actually want.

Retail executives seem to get very excited about the possibilities of any new technology, as is clear from all of the excitement around events like the National Retail Federation’s annual show, happening right now. The show features all kinds of futuristic in-store technologies like robot mannequins that can scale to your exact size, so that it can try on clothes on your behalf.

If they had, they would realize that we actually have very straightforward needs. If we are going to leave the comfort of our homes to visit a store, we want that store to be well-designed and delightful. We’ve likely already seen the product selection online, so when we show up, we want to find what we are looking for, then test or try on the item quickly. Sometimes, we want to speak to polite, knowledgeable employees; other times, we want to be left alone to browse in peace. (Here again, retail execs get it wrong: 80% of them believe that consumers would feel more welcome if staff interacted with them more, but less than half of consumers agree, and another 28% say they would find this annoying.)

Consumers may be wary of in-store technologies because many promised to make the shopping experience better but, in fact, just added unnecessary complications. Brands boasted about their high-tech smart mirrors several years ago, which allowed you to shop from the inside of your changing room, but they didn’t take off. Customers didn’t want to learn how to use the smart mirrors, and it was easier to just speak to a real, live store assistant.

And yet, retail execs keep waxing lyrical about new in-store tech while their customers show little enthusiasm about them. The vast majority of retail executives believe that AI and VR will increase foot traffic and sales, but 48% of shoppers say these technologies will have zero impact on whether they visit a store, and only 14% say they will make a purchase because of these technologies. This also applies to online technologies like chatbots. Seventy-nine percent of retail execs believe that chatbots are meeting shopper’s needs by providing on-demand customer service, while 66% of consumers disagree, with many respondents noting that chatbots are, in fact, more damaging to the shopping experience than helpful.

What is perhaps most baffling is that retail execs think they are doing a splendid job with brick-and-mortar stores. Nearly three quarters of them believe that the overall environment in retail stores has become more inviting over the past five years. Only 45% of consumers agree. And 19% of consumers actually say that stores have become less inviting.

This doesn’t bode well for the future of retail. We’ve already seen what happens when retail executives aren’t on the same page as shoppers. Over the past few years, thousands of stores have shuttered, turning malls into graveyards, and forcing many large companies into bankruptcy.

It’s clear that e-commerce has fundamentally changed the brick-and-mortar shopping experience. We no longer need to go to store to physically browse or pick up products. As a result, stores needed to specialize in the things we cannot get online: fantastic ambiance, human expertise, perhaps even a plush seating area and a glass of champagne, so we can discover new products in the most luxurious way possible.

So, retail exec, the data is in: We don’t want your in-store robots. But you could have figured that out just by observing how their customers live and shop. Technology for technology’s sake has never been cool. And especially not now that our homes are packed full of computers, smart devices, and personal assistants. We go to stores because we want to dip our toes back into the real world, not the virtual one.